I’m working on an aran sweater for my husband, and I love everything about it. I love the cable pattern combinations, the classic lines, and the heathered grey yarn. I love the process of knitting it. I want it for my very own. 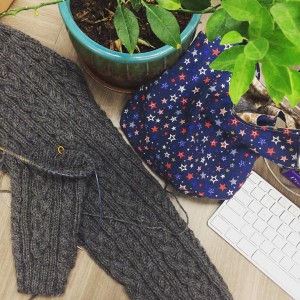 In comes the conundrum. The hedge fence pullover, like so many aran sweaters, is square. Last I checked, most female bodies aren’t square. Designers have tried to tackle this problem with their own patterns. Some do center cable designs with either stockinette or moss stitched sides. Others create inserts of lovely celtic triangular cables. Some use short rows, and some break up the cables with ribbing waists. I’ve even seen suggestions of using different needle sizes to create shaping without changing the stitch count.

I’m decidedly pear shaped. We’re talking three different sizes. I have 2x boobs, 1x waist, and 3x hips.  There is no way on god’s green earth that something of square dimensions is going to look lovely on this body. after knitting myself two sweaters in the last few months, I’ve realized something truly important. I can’t get away with pushing my shaping to the side seams and still get a shape that drapes properly. In sewing, the piece is divided into three and the shaping is placed along those dividing lines. It makes a lovely three dimensional fabric that graces my curves without bunching. 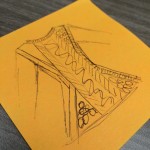 So, I’m designing something. I’ve scribbled out a few ideas, and I’m going to let them simmer while I enjoy this knitting process. No need to hurry a good thing, and when it comes to designing, the last thing you want to do is rush durable and lasting wearable art.

So I have a story to tell.

My daughter is knitting her first sweater. To make the love of this first sweater solidify her desire to knit more of them, we made it a customfit sweater. She’s been cruising along, following her pattern, and asking lots of very intelligent questions.

After much deliberation, photos, and long-distance troubleshooting, she sends me this: 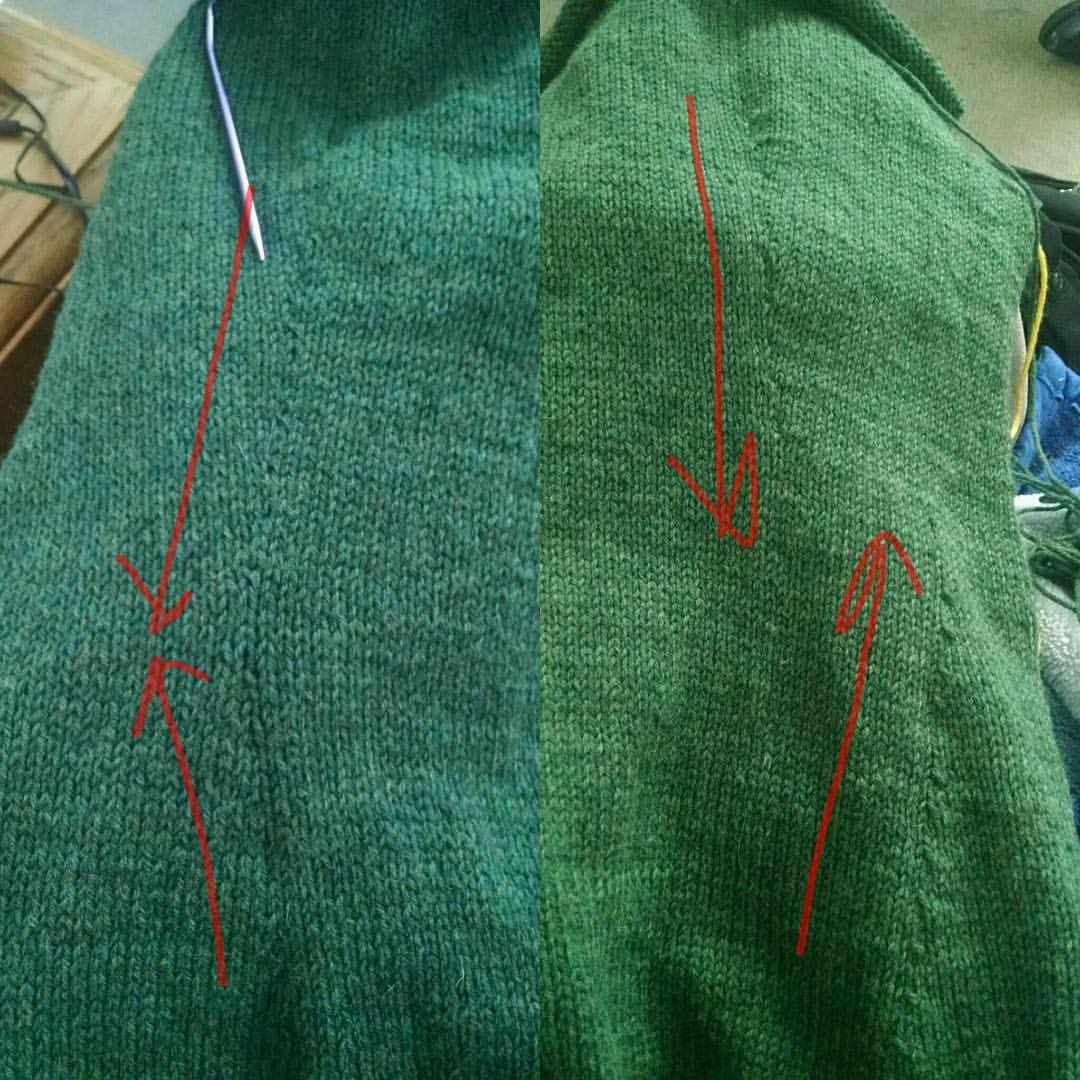 72 rows ago, her stitch marker fell out, and she put it back in, thought nothing of it, and worked 11 bust increases. You can’t leave a bust dart in the wrong place like that. You just can’t. 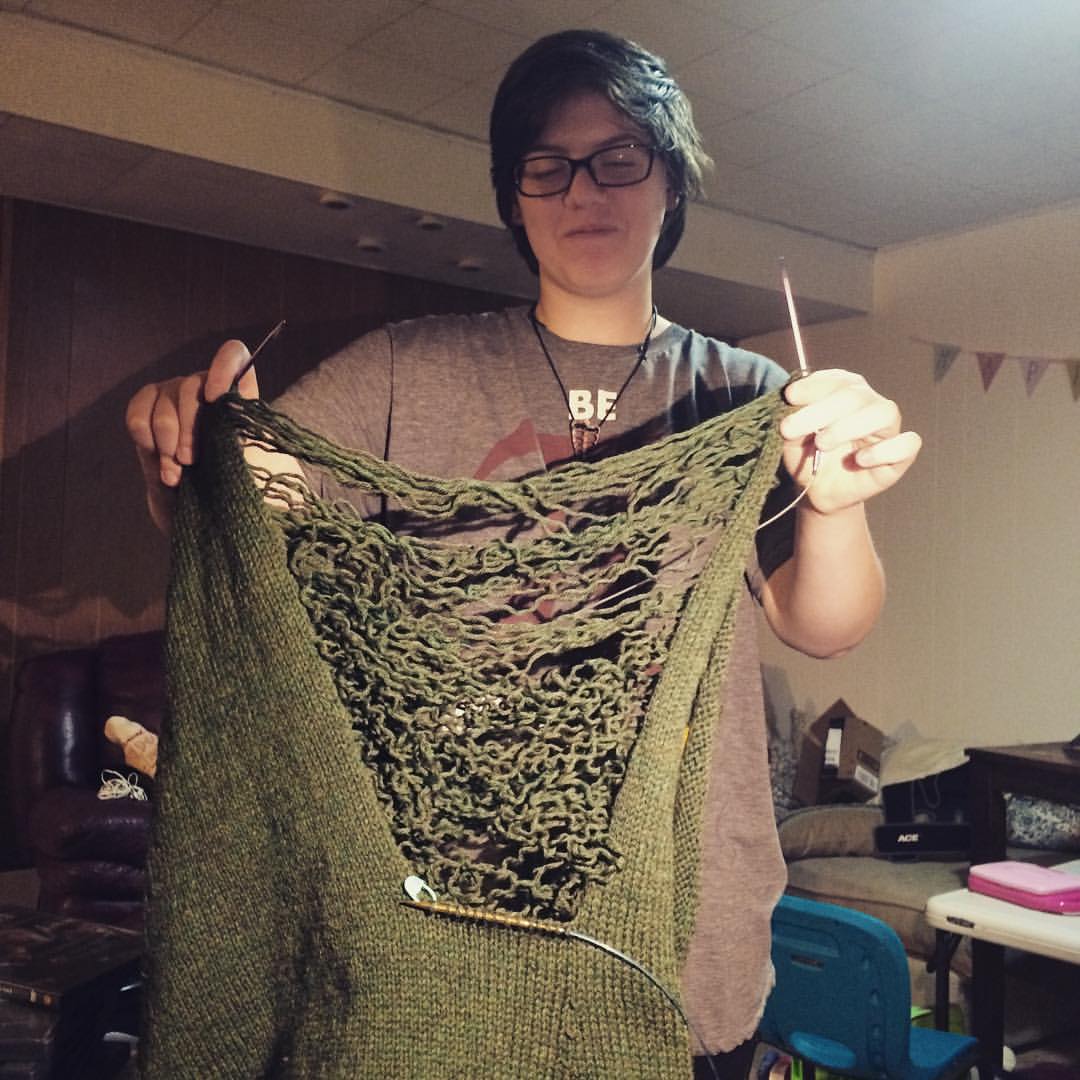 After six long hours, with much cursing under my breath and soothing of an anxious teenage heart, I did it. 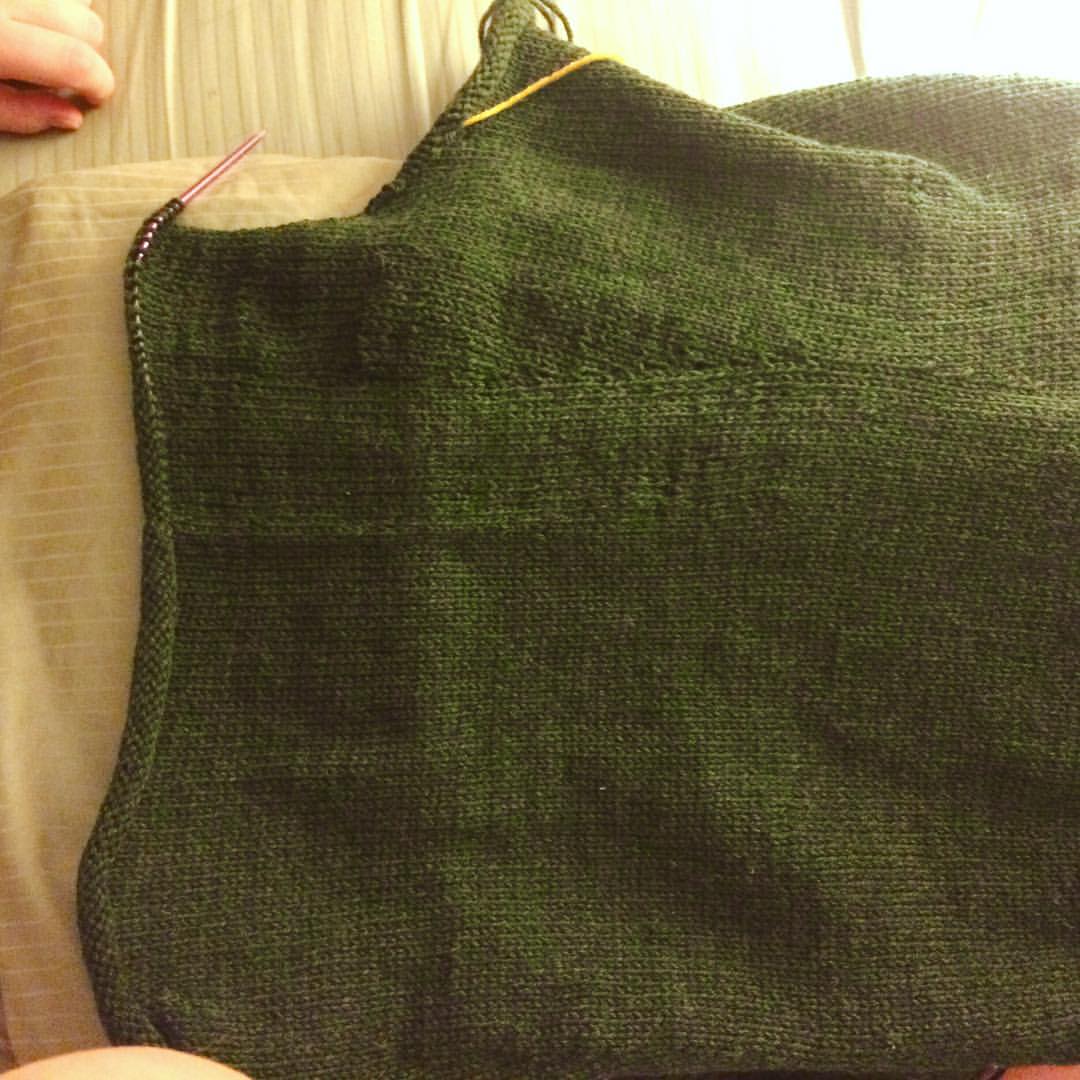 Today, I am a knitting GODDESS. I deserve coffee and a medal. Maybe even a medal made of chocolate.

My Astoria isn’t going to be finished. I’ve got half a sleeve and a collar to go, and only a couple days until the Strung Along Retreat. Most days, this would hardly be a blip in the radar, but I did the unthinkable. I ignored all common sense and knit until I destroyed myself. I was so desperate to finish the sweater that I now have to spend a knitting retreat without any knitting at all. 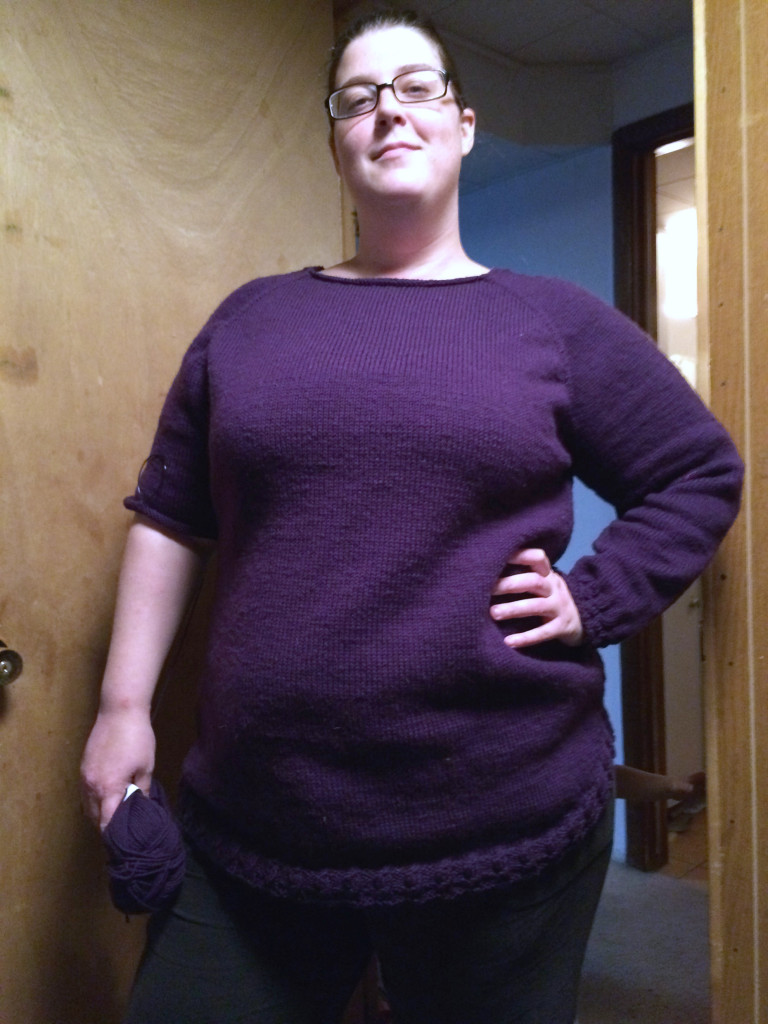 I’ve gotten knitter’s elbow before. It’s almost always after a sweater, come to think of it, and I’ve knit two this fall. That race to the finish has me pushing through when I should be enjoying the process. Just one more repeat. Just one more piece! It’s truly not worth it, ladies and gents. It’s just not.

In the spirit of education, I’ve found a few resources to help treat knitter’s (tennis) elbow, and, hopefully, prevent it in the first place.

I found a list of the Top 10 Most Effective Exercises for Tennis Elbow of All Time. You’ll find all the usual suspects including the Eccentric Exercise and the Forearm Extensor Stretch. A lot of these act to strengthen and lengthen the muscles we use everyday for our favorite pastime. Strength is prevention, they say.

Take a break every 30 – 45 minutes, and a LONG break after 2 hours. I read somewhere ages ago that however long you knit, that long break should be twice as long. For those short breaks, be sure to stretch and run through an exercise or two.

So it’s too late. What do you do now?

Ice packs can be helpful for reducing pain, and heat is useful for flooding the area with blood to help it heal. Guidelines say if you’re not feeling better after the first two weeks, it’s time to see a doctor. 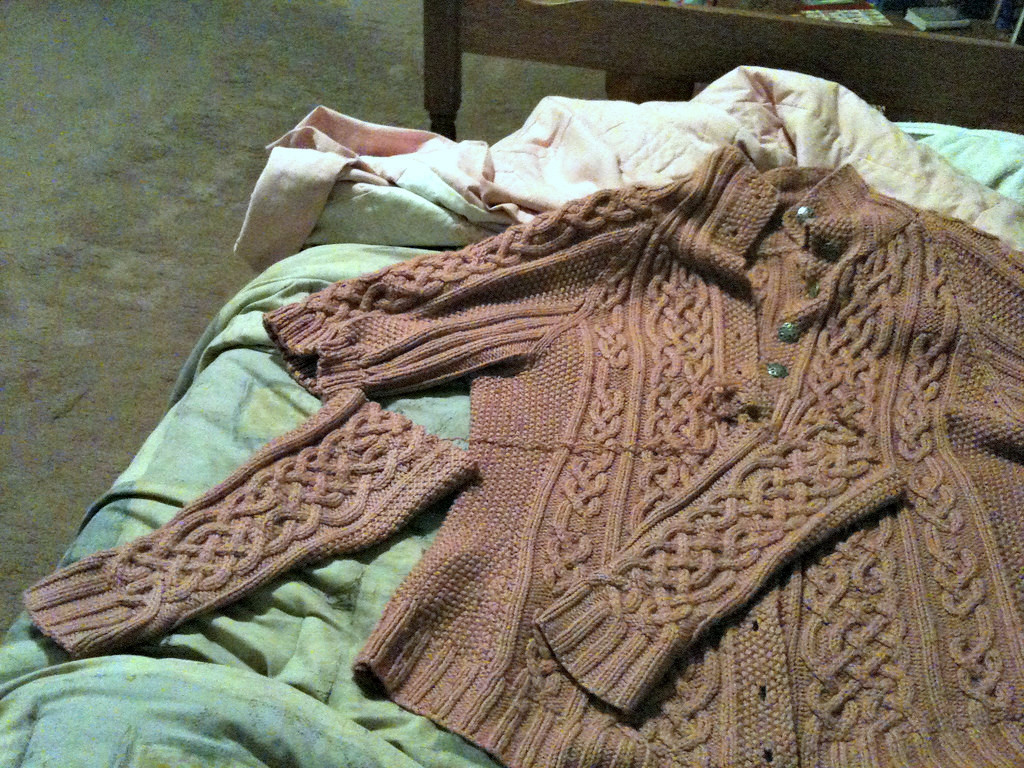 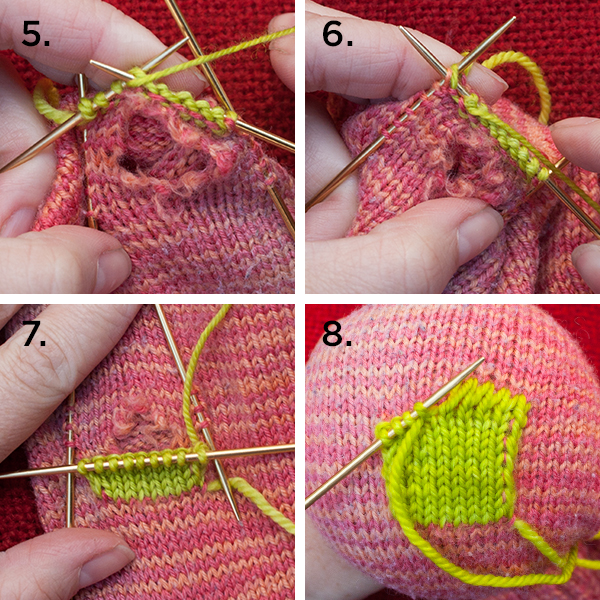 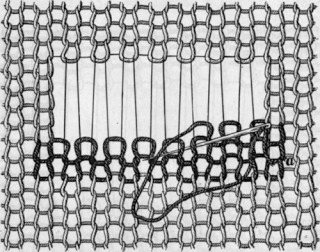 You know how hard of a time I have with accessorizing an outfit. I feel like buttons are accessorizing a sweater. It either adds that magical finishing touch that brings it all together, or it’s cheapens it by slapping on some $0.05 plastic buttons you dug out of the bottom of some discount bin.

I’ve been knitting the Anders http://www.ravelry.com/patterns/library/anders sweater for a new baby. The perfect mauve and brown yarn intermingling with the natural makes me think of the first snow falling on Autumn trees, the silent splendor and the untouched purity of the moment. It’s everything I love about the transition from Autumn to Winter. 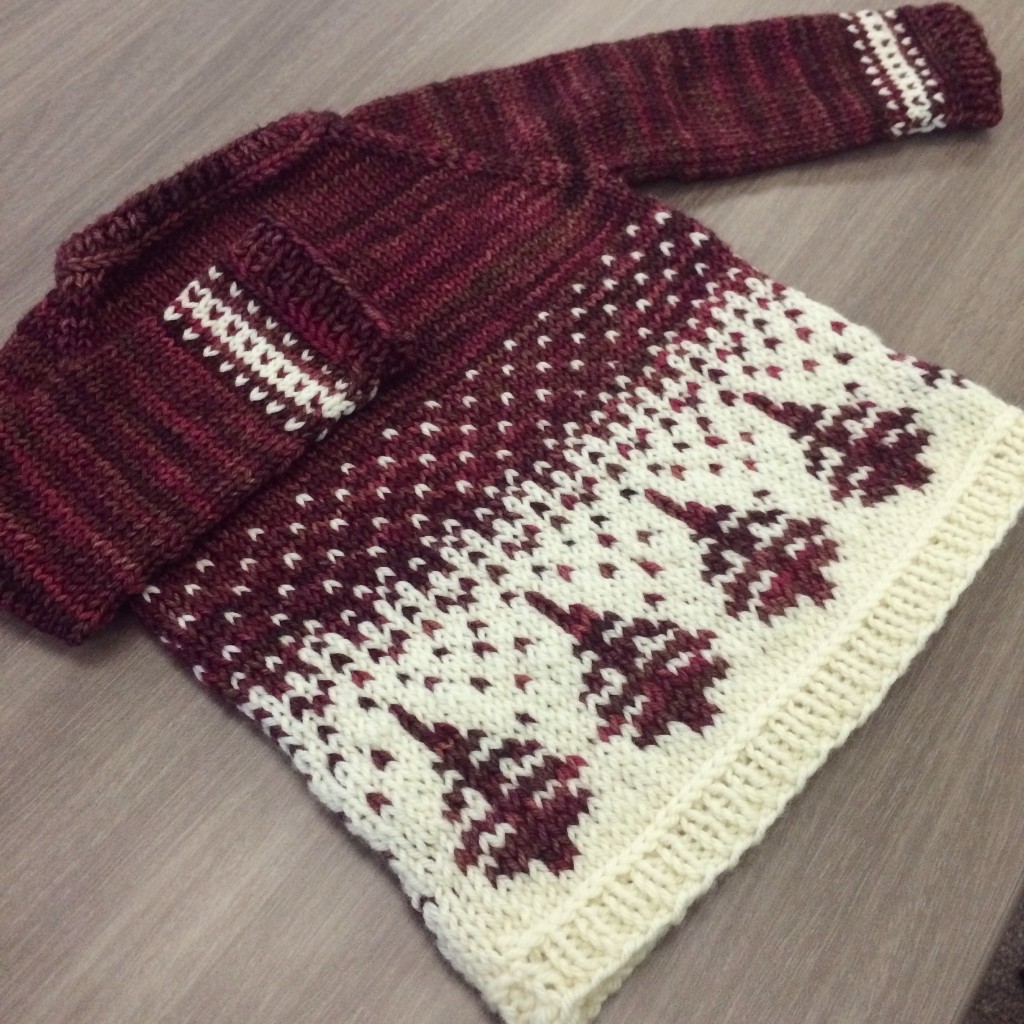 Well I did it. I found the perfect buttons. The linchpin detail that ties it all together. 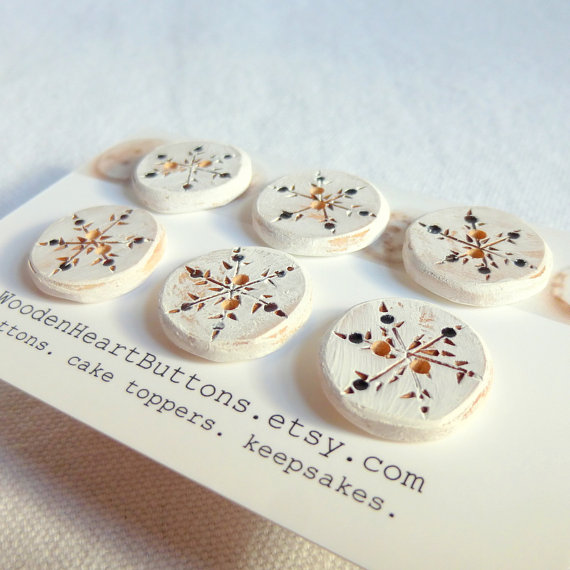 They are WOOD and SNOWFLAKES which is basically the whole concept behind this sweater. Snow falling on autumn trees.

Wood buttons are super light, so they won’t pull on baby’s neck. They are shabby chic, so if they get a little scratched or rubbed, perhaps while being washed or chewed on, it won’t degrade them at all. I also love that the white isn’t a true white. It’s a slight cream. That’ll contrast with the red on top, and match the natural white on the bottom.

I love that they are round so there aren’t any pointy edges for you, or baby, to deal with.
And they are 3/4″ so they are small enough to fit through the holes, and big enough to not slip out.

To top it all off, they are also handmade. This whole sweater has that handmade touch. I love that.